In 2010, a coalition of groups began working to introduce the first phase of the project, a Farmers Market to promote locally grown food and offer educational demonstrations related to food culture.

​To support the development of the market, the City of Stanwood, with assistance from Northwest Agriculture Business Center, applied for and was awarded a Farmers Market Promotion Program grant in October of 2011 with the City of Stanwood acting as the fund administrator.

​In August 2012, the Port Susan Farmers Market was launched in downtown Stanwood where local farmers and food processors sold their goods back to the community with an underlying concept of getting eaters in touch with those who produce their food.

In 2015 the market season was expanded to twenty weeks. The market was home to over fifty vendors, averaged 900 visitors each week and vendors grossed over $200,000 in product sales that year. With continued growth, it became apparent that the market had outgrown its start-up location so the board applied for and was awarded a USDA Farmers Market Promotional Program Grant for the 2016/2017 market seasons. The purpose of the grant was to grow the physical size of the market, add two new programs designed to attract new customers, and better support farms and vendors. 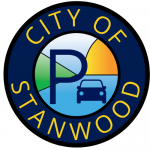 "The Presidency in the Age of Lincoln"