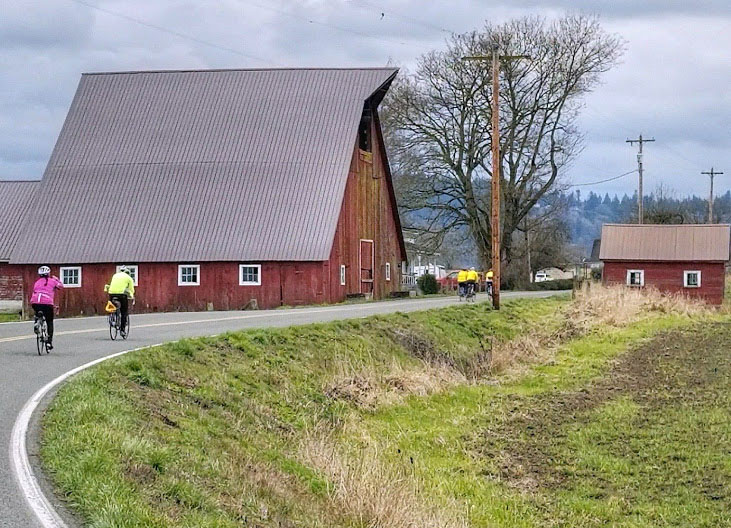 “Cock-a-doodle-doo!” A crowing rooster is just one of the many classic farm sights and sounds you’ll enjoy when biking in the Stanwood-Camano area. The lower Stillaguamish River valley is still home to many family dairy farms, with content cows lined up in historic barns, and tractors travelling as slowly as bikes on quiet country roads. Biking is a fantastic way to explore the Stanwood-Camano area.

Silvana to Stanwood – Park in the 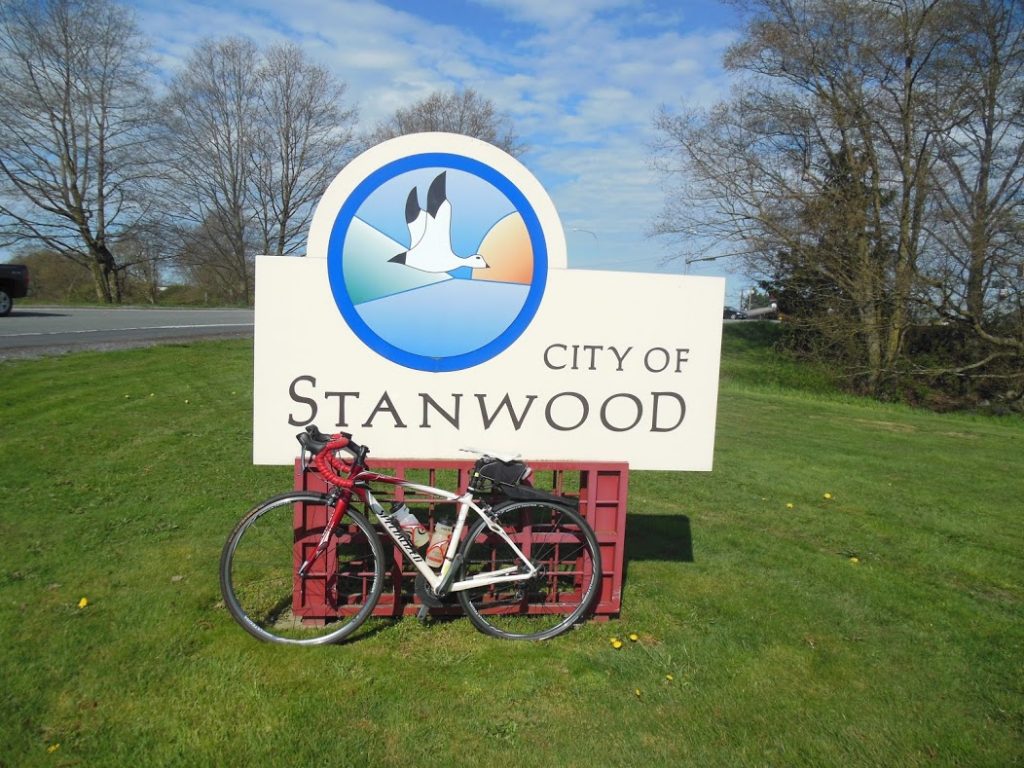 gravel lot near the railroad tracks in Silvana for a 15-mile loop via Pioneer Highway, Miller and Norman Roads. The north end of Miller Road is closed to motorized traffic, but connects to Pioneer Highway via a path through the guardrail onto the old road. Use caution as the unused road is mossy and bumpy. You’ll also cross the Burlington Northern Railroad tracks – wait at a distance if you encounter a train to safely observe the types of freight passing by.

On a clear day, you can see the both the Cascades and the Olympics across the valley. Working farms will challenge your ability to tell a Jersey from a Holstein. And you can test your bird spotting skills with migratory waterfowl and bald eagles.

Camano Island – Experienced riders who want a challenge will love riding hilly Camano Island. Main roads can be busy, but there are many secondary options. Park at Terry’s Corner or Camano Center for a beautiful 40-mile loop around the island. You can also start in Stanwood, as Highway 532 has wide shoulders to go with heavier traffic. There are small stores, waterfront parks, and a few art studios for interesting stops. At the southwest end of the island, Cama Beach and Camano Island State Parks offer camping and cabin options, including two dedicated hiker-biker sites.

Stanwood to Conway – There are many ways to make this loop to visit the Skagit River valley. Pioneer Highway is the most direct. The section north of Stanwood is busier than that to the south, and there is no shoulder until you get to Skagit County. An alternate north-south route is via Cedarhome Road, which can have beautiful views of the Salish Sea. You can also ride north on the frontage road just west of I-5 (low traffic but freeway noise) or via back roads on the east side of I-5. From north of Stanwood, cross I-5 at 300th Street NW (for a stop at Bonhoeffer Gardens) or via a little-used underpass at 44th Avenue NE. Generally avoid Stanwood Bryant Road east of I-5.

Note: Most rural roads do not have shoulders but are low traffic except during weekday commute times. Routes are recommended for riders who are comfortable sharing the road with occasional cars, but you won’t need to deal with urban-level traffic or intersections.

Getting There – Stanwood has Community Transit bus service seven days a week. Island Transit connects Camano and Stanwood with Mt. Vernon Monday through Saturday; and serves Everett on weekdays. Amtrak Cascades serves the unstaffed Stanwood Station with two roundtrips daily. The Stanwood I Park & Ride is right off I-5 and can be a good meetup or starting location. 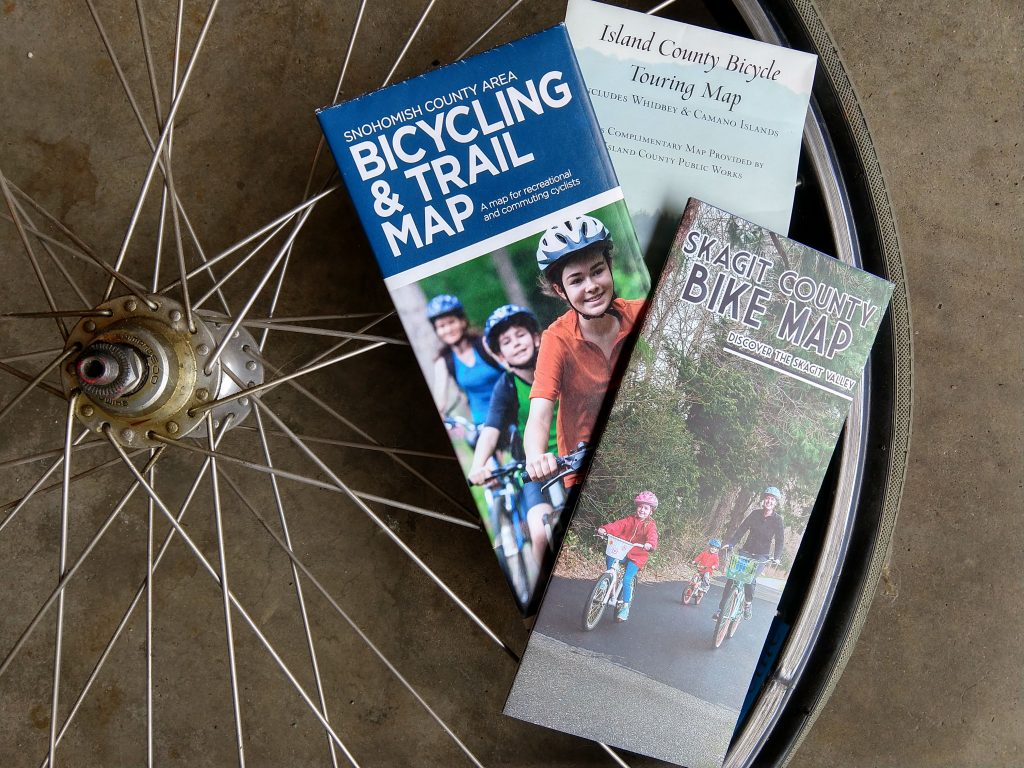