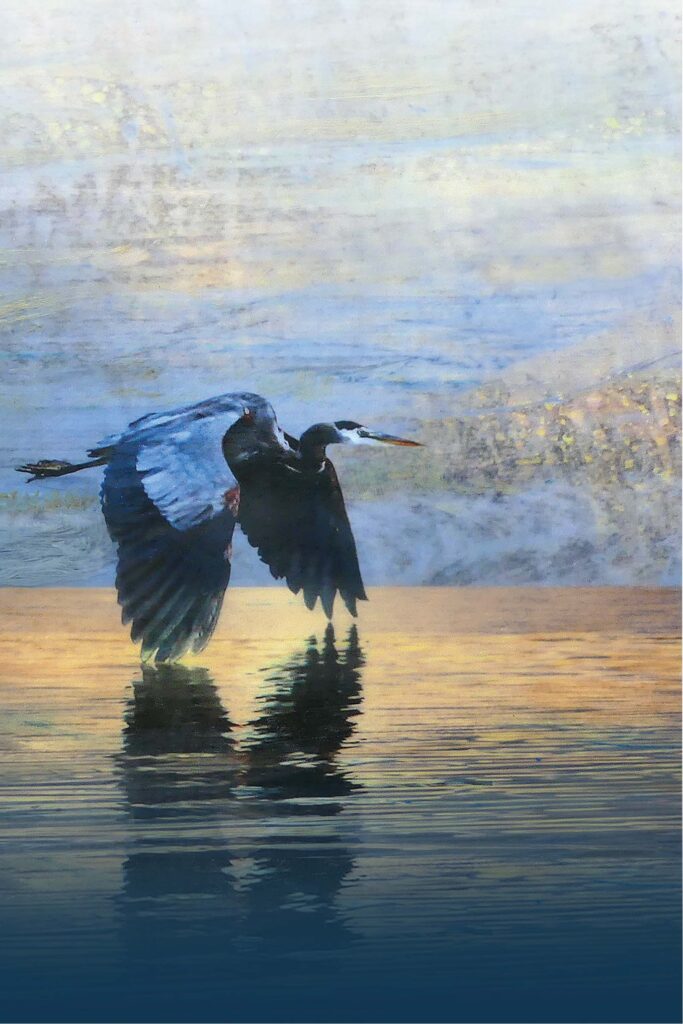 This stunning piece of art by artist Kathy Hastings was scheduled to be the cover of the 2020 Camano Studio Tour Brochure.

An Art Community That Goes Back to the Early 1900s

Camano Island and the surrounding communities are known as a haven for artists and the imaginative. Organizations like the Camano Arts Association (CAA,) the Stanwood Camano Art Guild, Stanwood-Camano Arts Festivals and many other unaffiliated writers, illustrators, painters and performers have decided to call this area home.  Every year in May, the art community opens their homes and studios as thousands of visitors come to view and purchase beautiful artwork. Many also get the opportunity to visit artist’s galleries and creative spaces.  As the weather warms, the streets of Stanwood will be packed with two different art shows this summer – reflecting the variety of art in the community.  Due to COVID-19 the 2020 Art Tour and many art festivals have been cancelled but you can view (and purchase) many pieces of art in the 2020 Virtual Art Tour.

Many may wonder – how did this area become a haven for the creative and artistically inclined?

Before the 1900s, logging had been the major industry in the area. But at the turn of the century a new type of settler was coming to the area. According to a real estate salesman named “Becker,” There was a “boom in Camano Island lands” in 1910 as thousands of acres were being purchased by a new group of individuals who were seeking a simplified life, and an environment in which their creativity would be allowed to flourish.

Camano Island offered the perfect setting for artistic pursuits for a group of artists and writers from Seattle. This “New Arcadia” as one newspaper christened it, was the brainchild of mercurial poet, journalist and novelist Charles Eugene Banks. An editor and drama critic for the Seattle Post-Intelligencer; his books, poems, and stage plays made him a central figure in the literary and theatrical circles of the city. Around 1910 he purchased (approximately) 200 acres on Camano island with the intent to create an artistic commune.

Friends called the colony “The Little Kingdom,” but it was organized under its corporate name of Waupello, taken from the main character of one of Banks’ novels. All art and literature produced by the colony would bear a peace pipe symbol and members were to sell their inspirations around the world while acting as ambassadors for Waupello.

Artists, musicians, metalworkers, pottery makers, and all other kinds of artists reportedly lived at the colony, living together and producing their various works. ”We are to do everything,” said Banks, “from making butter to painting pictures.” The community (as such) didn’t endure the test of time, but its legacy lives on through the current residents of the Stanwood-Camano community, and their artistic pursuits. The area still boasts a robust and creative artistic community – one which is worth experiencing – whether it’s attending one of the many art festivals or visiting a local gallery (see list of artists who have open galleries or schedule an appointment ahead of time).  Charles Banks would be proud: the legacy of Waupello, albeit morphed and altered –  lives on in the Stanwood-Camano art community.